An Exclusive Interview with Disneyland’s Most Dedicated Fan and Daily Visitor, Peter Tu

On a very recent visit to Disneyland my daughter and I were waiting in line for the Jungle Cruise attraction when we saw a gentleman exit a jungle boat and as he left the docking area he and several cast members broke out into a perfectly timed, clapping and fist bumping routine that had passersby and other observers smiling from ear to ear.

At the end of the half minute long performance the diminutive gentleman scurried off into the immense crowds as the partaking guest members continued to load the next group of adventurers, still smiling with lingering adoration on their faces.

As a journalist who has covered Disneyland, Walt Disney World and Disney Cruises as a media guest of Disney for over two decades, I know a Disney story when I see one so I immediately questioned the cast members and petitioned them for the inside scoop on the seemingly random happiness that had just transpired.

They informed me that this man, Peter Tu, was Disneyland’s biggest fan and that he visited daily, daily in fact, for over a decade straight. They went on to tell us how he had a special clap routine he did with each and every cast member who knew him, often giving gifts and buttons to those he forged bonds. When I pressed for more details, they divulged how his routine was very rigid and scheduled and how he frequented their Jungle Cruise at almost exactly the same time each day on the way to his other scheduled attractions. 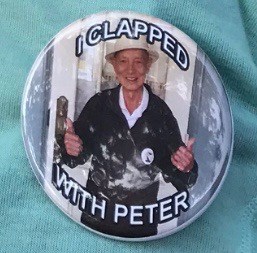 I was determined to do my best to find Peter Tu the next day if we arrived at about the same time or a bit earlier, although with the holiday crowd becoming enormous, I knew boarding or disembarking a jungle boat at precisely the same time as Mr. Tu would be no small feat considering how many boats loaded and unloaded each minute and the size of the crowds and the lines.

The next day my daughter and I hit about 5 attractions in the early morning knowing that we would need to arrive at the Jungle Cruise by 10:50 AM if we were to have any remote chance of bumping into Mr. Peter Tu at an opportune moment.

Around 10:15 AM we were preparing to board Splash Mountain when I saw how huge the crowds were becoming and I told my daughter that I was beginning to believe our odds of  making this chance meeting much less any interview happen, were slim to none as it was clearly twice as crowded already as it had been the day before at the same time. My daughter Faith, who often lives up to her name, suggested simply, “Mom, why don’t we do what your friend Brenda does and just pray for grace and ease.” We prayed a simple prayer asking that if God wanted us to have a meeting with Mr. Tu that it would happen with grace and ease. We then boarded Splash Mountain alongside hundreds of others.

Minutes later, we exited Splash Mountain. The crowds were intense. Neither Faith or I enjoy being in the middle of huge crowds so we both stepped off and away from the huge influx of people coming up the walkway, by the hundreds, like salmon swimming upstream. “We should probably start heading over to the Jungle Cruise now,” Faith suggested.

I nodded in agreement and at that exact moment, out of the corner of my eye, I spotted a tiny man nearly buried in the crowd, alone, walking past us. For a second I thought it could be Peter Tu but then I reasoned that it just couldn’t possibly be him with the sheer number of people surrounding us. “Mr Tu?!” I shouted loudly. The man stopped instantly and turned around. I grabbed Faith’s hand in a split second and led her to the gentleman.

I quickly shook his hand and explained who I was, introduced him to Faith, and asked him if I could interview him somewhere nearby out of the line of traffic. He beamed and agreed happily.

Within a few yards I found a spot out of the crowd and away from the clamor and Mr. Tu and I chatted for a few moments but I could sense his urgency to adhere to his scheduled day, so I respectfully made my interview as speedy as possible. The biggest challenge was that he is very soft spoken and difficult to understand. We clapped and hugged and he insisted on giving me a button as a gift that said that I had “clapped with Peter.” I had been inducted into the club!

I found out that Mr. Tu has been visiting Disneyland daily for almost twenty years straight. You can see my meeting and interview with here:

Much later that night when Faith and I had a private meeting with Mickey Mouse, Mickey saw our Peter Tu button and in his usual non-verbal character gestures, pointed to our button and gave us a huge thumbs up, proceeding to do Peter Tu’s famous clap perfectly, but with his giant, white, Mickey Mouse gloves muffling the sound. Even Mickey Mouse himself knows Peter Tu, personally! 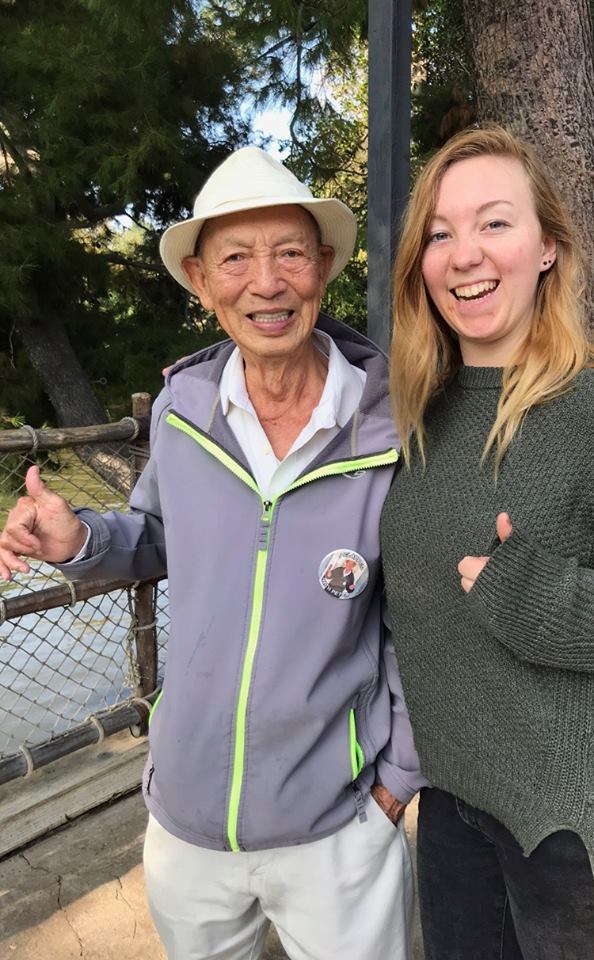 I don’t know the odds of meeting Mr. Peter Tu although it is estimated that there were more than 75,000 people at Disneyland that day. What I do know is that God knows no odds and I that I have had many statistically defying moments of grace and ease, much like this one, in my very own Anointed Journey.

God of Limitless Possibility, Not Probability; God Knows No Odds Are You “Pregnant with Purpose” for 2019?

Oktoberfest in Big Bear Lake Rivals a Trip to Germany

How Float Therapy Has Changed My Life & Coaching Practice

You’ll be in great hands if you decide to work with her.

I first made Carmel’s acquaintance from taking one of her amazing online courses in 2004 on how to become a travel writer and travel for free/comped.

I immediately put her easy-to-follow instruction into practice and began comping vacations to South Padre Island, Houston, San Antonio, and many other travel destinations for me and my family. I even learned from Carmel how to start my own column where I have comped travel and dining for over 14 years now, thanks to her teaching and coaching.

Eventually, Carmel and I met in person when she came to Texas on a comped travel writing trip with two of her daughters, and we became fast friends which led to me managing her book signings in South Texas and I was thrilled to facilitate her coming to teach a seminar for the Writers League of Texas where she taught dozens of us how to comp travel all over the world.

She is a wonderful mother, writer, coach, and I am honored to be her student and friend.

I’ve personally known several parents and grandparents whose kids’ lives were saved by the service animals she has trained for them, and I have seen several children recover from their ASD diagnosis from the interventions that Carmel guided them through. She was able to help us get a $14,000 grant for our son’s biomedical interventions in Maryland, and now he is no longer diagnosed on the spectrum and pulling straight A’s in school. There are no words to describe our level of gratitude.

I truly appreciate Carmel’s coaching, especially in the areas of nutrition and supplementation.

Her own experiences have given her a unique perspective of empathy for others.

Every session or class invested with Carmel will reap significant rewards. Learning how to travel around the world free of cost, while covering my journey on my blog and other outlets, has been priceless.

Over the years, Carmel coached me in my life goal to become a high school history teacher and believed in me and assisted me in overcoming huge challenges with my disabilities.

I met Carmel around 2005 at various Travel Writing associations and then hosted her and her family on several subsequent press trips to the travel tourism destination that I represented.

She always conducted herself professionally & produced excellent media coverage for our destination so it was a pleasure to invite her back several times over the years.

As time went on, we became friends and she was very instrumental in coaching me through comping my own trip to Ireland which was the adventure of a lifetime.

I even ended up placing a story about it in one of Carmel’s online publications. I highly recommend Carmel’s instruction in comping/Travel Writing. Her focus is professionalism and integrity and I wish more travel writers, bloggers, and vloggers would learn from her.

She is a well-respected source of information and has a passion for teaching others how to do what she loves to do, traveling for free while sharing her love and enthusiasm for writing, story-telling, travel and tourism.

I learned how to travel for free as a travel writer. It was one of the most valuable and fun classes I have ever taken. She has been quite an inspiration to me through the years and she continues to amaze me with her talents.

We have trusted, and will continue to trust, Carmel’s experience and knowledge to help guide us. We obtained a chocolate lab Ema as a therapy dog for Lily (and the rest of the family). Ema is from a local breeder in our area, who had years before, worked with Carmel training service dogs, and who spoke very highly of Carmel and knew of her commitment to special needs kids and their families.

Carmel Mooney’s support helped us through a difficult time adjusting.

My life was already great, but then I took Carmel Mooney’s “Been There Comped That” class and it got even better.

I learned how to get assignments as a travel writer and how to visit places for free with my family in exchange for writing articles about them.

She helped me to figure out how to utilize my space in a much more efficient way. Carmel was VERY helpful and was VERY non-judgmental.

Carmel is finally someone I can truly be myself with.

I have nothing but respect and admiration for her kindness, integrity, servant heart, and vast knowledge in deliverance, travel writing, and coaching.